As a master painter, sculptor, draughtsman and designer, Michael Mentler's creative journey has covered a polymathic array of artistic endeavors. Born in the small mid-western town of Jacksonville, Illinois Michael's visual sensibilities were observed and nurtured at an early age. Later, he was mentored by Howard Sidman which lead to his first solo show at the age of fourteen.

While drawing constantly, Michael continued his formal education at Layton School of Art in Milwaukee and Washington University in Saint Louis where he became a protégé of Werner Drewes and a disciple of Bauhaus design. Along with winning over a hundred awards including several "Best of Show" and Gold Medals from some of the worlds most distinguished juried venues, Michael, has also made his mark in the visual communication world with industry lauded campaigns for Ralston Purina, Anheuser -Busch, Seven-Up, and many other Fortune 500 companies. 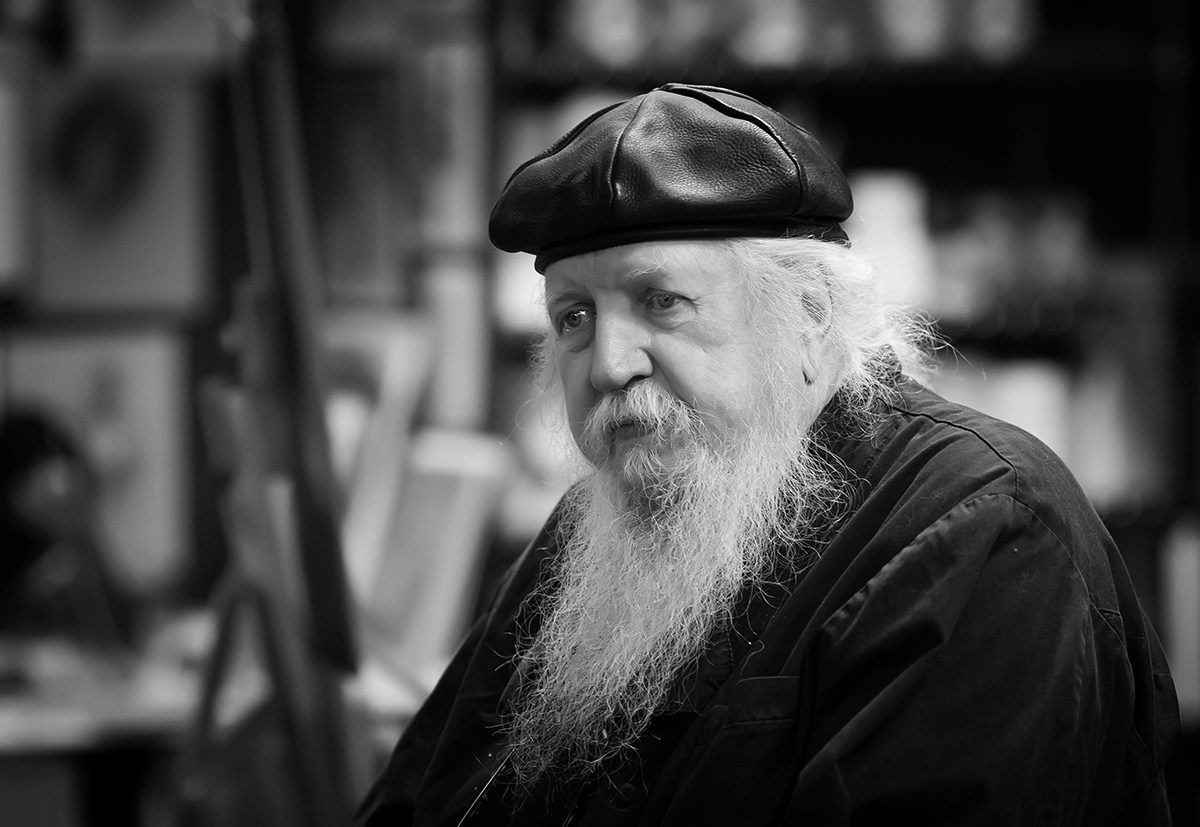 While being featured in an array of magazines including: Art Direction, American Artist Drawing, Communication Arts, and Graphis, Michael is also featured in books like Lessons in Classical Drawing by Juliette Artistides. His pieces have been displayed in numerous group and solo shows and are represented in private and public collections worldwide. Mentler persistently challenges the art world to see beyond the surface. He revives the essence of numerous past masters and gives it a place in the modern era. Renowned painter Richard Schmidt once called Michael Mentler "a modern day Leonardo." Royal-Talens has designated him a "Rembrandt Ambassador," and has created an oil color that bears his name - "Mentler Mustard." To learn from Michael Mentler is to learn from the multitude of past masters he has studied, absorbed, internalized, and re-imagined. His work will teach you to create lines, planes, points, and forms that engross the viewer by guiding their eyes in and out of a notional space.