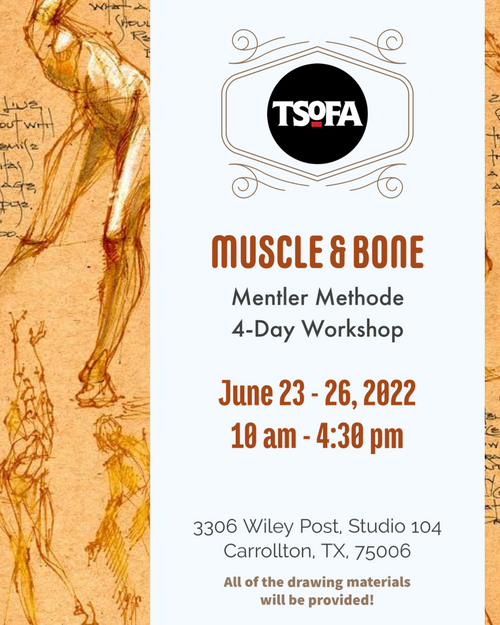 Function and Form – The Architecture and Mechanics of the Human Figure.

Few enter a life drawing class with any fundamental understanding of the underlying structure of the human form. There are those that believe that working purely from observation will reveal all they need to know about what lies under the surface. Unfortunately, this misconception is a prescription for failure. No master draughtsman ever relied on observation alone, one cannot draw well what they do not know.

There is much confusion about the study of anatomy, the neophyte thinks it requires memorizing myriads of Latin names and doing meticulous drawings of muscle and bone. This is a tedious journey which is slow to bear fruit. Anatomical drawings are not ipso facto esthetic; exact copies of anatomical plates are boring and self-serving. Concentration on the parts at the expense of the whole never ends well.

Anatomical studies should always show the relationship to their immediate surroundings and the whole.

The Mentler Method stresses what bones and muscles do instead of what they are. It removes the confusion by eliminating Anatomical Names and Anatomical drawings, and replacing them with practical names and grouping them by Mechanical Function; i.e., function creates form.

Instead of drawing the skeleton, the focus is on the Landmarks where functional muscle groups originate and terminate.

This Werkstatt stresses how the human form operates, knowing where the operation begins and where it ends. The Mentler Method condenses the massive number of bones and muscles into a dozen Structural Landmarks and an equal number of muscle groups based on common functions, it mirrors the Laws of Architecture and Mechanics.

Very few understand the teachings of George Brandt Bridgman, this is primarily due to the obtuse text, poorly organized structure and mediocre drawings. Bridgman was a brilliant teacher as evident by his numerous successors including Rockwell and Loomis.

What he taught is not well reflected in his books, his life sized demos and classroom prowess are legendary. Unfortunately, the small pencil drawings done for the books are underwhelming.To understand Bridgman one must first understand that he did not teach anatomy he taught Figure Structure, i. e., Construction.George taught the structure and mechanisms of the human machine he simplified the bony structure to a bare minimum and grouped muscles based on opposing functions.

The vital element of Michael’s approach is that it teaches you to learn how to learn, creating a pathway for acquiring knowledge.

Demonstrations are done in the mornings, and individual instruction provided in the afternoons.

As a master painter, sculptor, draughtsman, designer, photographer and author Michael Mentler’s creative journey has covered a polymathic array of artistic endeavors. Born in the small mid-western town of Jacksonville, Illinois Michael’s visual sensibilities were observed and nurtured at an early age. Later, he was mentored by Howard Sidman, which led to his first solo show at the age of sixteen. Michael continued his formal education at Layton School of Art in Milwaukee and Washington University in Saint Louis, where he became a protégé of Barry Schactman and Werner Drewes.

Along with winning over a hundred awards, including ‘Best of Show’ and ‘Gold Medals’ from some of the most distinguished juried venues, Michael’s works are included in many private collections, including the Pulitzer, the Mead Library, and the Dallas Museum of Art.

He is Founder and Director of The Society of Figurative Arts, where he mentors select Apprentices. His work has appeared in publications such as; American Artist, American Artist Drawing, American Artist Workshop, Graphis, Communication Arts, and numerous others. He is also featured in Juliette Aristides books on drawing.
The Book of Bones, which he authored, is in art school libraries throughout the world.

“Michael’s sketchbooks are masterpieces, he is a modern-day Leonardo.” – Richard Schmid –

“Michael’s intense study of the teachings and works of Bridgman and Robert Beverly Hale make him a natural progression of that linage with the added twist of his own dynamic personal style.” – David Kassan –

The Book of Bones by Michael Mentler, Hardcover – Abridged, 2016